At some point in our lives, we have encountered a field of grass that is a vibrant green despite everything else being brown and patchy. Whatever the level of sport we are talking, turf fields are everywhere. However, since these fields are made mostly of rubber, they fail to grow back when they get run down. No big deal, right? Just replace the old with the new. That certainly solves the problem on the field, but it is the disposal of the old product that is causing problems.

The artificial turf field has been the go-to for schools and professional sports for some time. Most of these fields are warrantied for eight years, but can last up to twelve. Even so, changing out a field almost every decade means football fields worth of turf getting rolled up with no proper disposal. The rubber turf is not something the waste management companies are willing to try and process. If they were to try and process it, it would be more time and money than it is worth. As it so happens, there is only one place in the world that can properly and efficiently deal with the turf. The only problem is that its in Denmark.

Most places are not able or interested in exporting the old turf. So what happens? The turf often gets thrown out on other peoples’ land, piling up to ten feet high. There is no real way to dispose of the stuff once it is there. The fields are generally made from old, recycled tires, which is a great reuse. But there are not many options for recycling the turf at the end of its life. 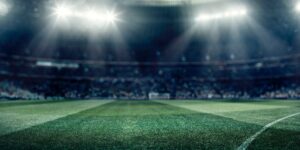 Some people who have unwittingly inherited old field turf have gotten a little creative with their solutions. Instead of letting it sit out in the open or ship it to Denmark, people are actually reusing the turf. Soft padding for under water slides, flooring for indoor ranges, or once again become turf in public areas are all ways that the product has been reused.

Even so, that doesn’t solve the problem. Every year, more fields are built and more turf will be replaced. Exporting internationally can cost a lot. This is something that we need to look into and discuss. To learn more about the story and the situation, check out this article from the York Daily Record.