Things are changing with the waste and recycling industry. In 2018, China passed a new policy that significantly reduced what sort of items were allowed to be imported into the country. This ended up included a lot of the plastics and recyclables that the United States and other countries were exporting. Since China is no longer accepting most of these items, we are forced to deal with them. Last week we explored what has been happening on the local level in Fort Collins. There are new recommendations about what can and cannot be recycled. However, what do these changes look like on the national level? What is the country doing because of the changes? Today we are finding out.

China is no longer accepting plastic waste products among imports.Other countries have tried to take this opportunity to fill the gap and make some money. However, for places like Malaysia, this is a problem and no longer possible. Opportunists saw this change as a new way to make money. However, there are strict laws and licensing for the plastic processing industry. Nearly 150 illegal recycling plants were closed since the law change in Malaysia. Without proper licenses, these factories were polluting and acting against the Environmental Quality Act. 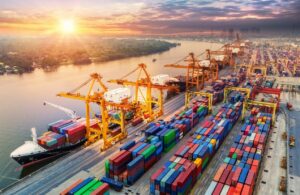 Unfortunately, US cities were not prepared for the change. Measures have been taken that dispose of the plastic and recyclable waste, but not in a green way. Some cities have put restriction on recycling, like stopping accepting black plastics or reducing the accepted plastic category numbers. Others incinerated what could not be managed. Still more no longer provided curbside pick-ups. There is movement to create a better-informed public so that we are recycling things that can actually be re-used.

But don’t lose hope. There are cities that have not given up on recycling and continue to operate per the usual. There are changes to recycling systems and growth of recycling knowledge. But this could be the change we needed. It is time to take charge of our own plastic. There is much more to learn about this issue. To learn more, check out our other blogs or other articles that talk about the national recycling change.