We have finally started making progress as a country to reduce, reuse, and recycle in our day to day lives. But something has happened in the recycling industry. It may surprise you that what has happened in China is affecting the US. But did you know that China was taking hundreds of tons of recycling from developed countries for years. However, in 2017, China passed a bill that banned certain kings of waste from being imported. This ended up including many of our recyclables like mixed papers and most plastics. In order to understand what is happening, we must first take a look at what happened in the past. 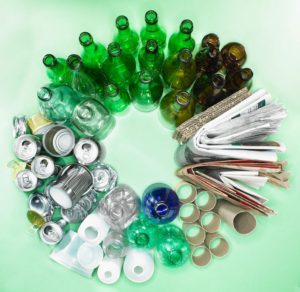 China has been accepting waste a recycling from other countries for over 25 years. This has been quite convenient for the US to ship out their recyclables. Not only that, but it was cheaper too. In the time that recyclable have gone to China, around 45 percent of the world’s plastic has been exported to the country. This industry did actually produce billionaires in China. With the increase of recycling imports, there were many opportunities for the Chinese to find solutions. The industry boomed and more of the people were able to make a place for themselves in the world. That however has changed. Beginning in January 2018, China passed the National Sword policy banning certain waste from being imported for in order to protect the environment and peoples’ health.

Many of us were never told about China accepting our recycling. We also weren’t told about when China stopped taking recycling. What we have noticed are when our trash and recycling services go up in price. With the country forced to do it ourselves, the cost of processing has skyrocketed.

So, what are we to do? What are other countries doing now that this has happened? How about in Fort Collins and Larimer? What are some solutions? For the next couple months, we will be continuing to discuss China’s recycling policy as we explore what is happening with our recycling.